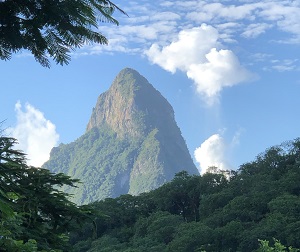 My wife and I went to St. Lucia the last week of August for an amazing getaway. The beauty is incredible – rainforests, aqua coves, wildlife above and below the sea. The people were just as incredible!

Two experiences we had on our trip exemplify the best of family business and the immense challenges they face.

We had a private tour of the beach and forest at Anse Mamin. It was a “group” tour from our resort, but nobody else signed up. So private tour for the same price – a win! And much better than the improved economics of this situation was my wife, Monica, and I having Meno the tour guide and his brilliance and storytelling all to ourselves. A real treat.

Meno held us spellbound as he told us about how he was very sick as a young child and his family was very concerned for his survival. They tried traditional medicine, but nothing improved and he was in danger. His grandmother stepped in and insisted that he come and live with her and that the island had all the natural medicine he would need to recover. Using traditional island, plant-based medicines, the grandmother patiently nursed Meno to recovery and he became strong enough to compete in sports and earned accolades in football (soccer in the U.S.) and track.

Meno told of the wisdom of his grandmother and how it was almost lost. It was all stored in her head and had always been passed down as an oral tradition that nobody in the family had an interest in learning. That is…until Meno’s experience with the power of her knowledge. Meno became motivated to learn all his grandmother knew and to document it and develop a way to teach his own kids and grandkids to keep the legacy alive.

I spoke with Meno about my work with families in business, and he had great excitement for my appreciation of generational wisdom and legacy and developing the rising generation. It was in sync with so much of what was important to him about family, life and sharing wisdom. We traded stories about families who did not put effort into passing on wisdom and the tragic results. I was moved and honored by his sincere appreciation for my work with enterprising families.

Click on the video below to experience Meno’s passion and energy as he introduces us to an amazing plant his grandmother taught him about and how it can help humans with one of life’s “irregular” experiences! And please continue on below the video to read the second family business example – the flip side of Meno’s story. 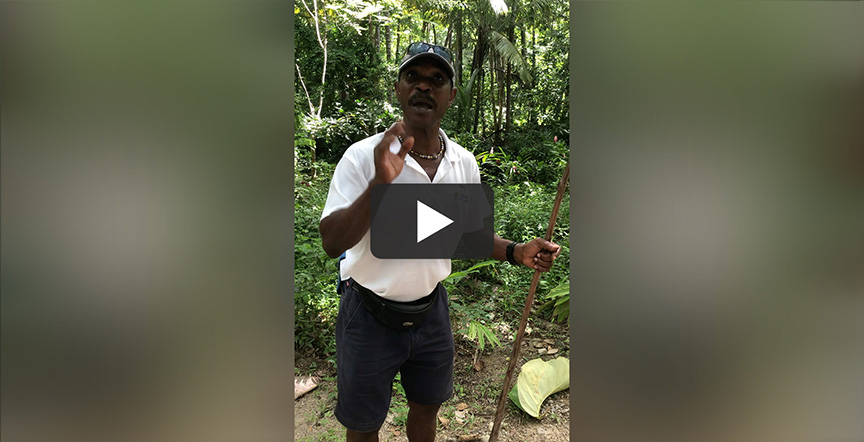 At our resort, there was a local man who had earned the right over many years to offer tours to the guests. No other tour guide was allowed this privilege and “Oliver” had earned this right by providing high-quality tours with rave reviews for many years (name changed for this blog). Oliver was energetic, friendly and knowledgeable. He inquired about physical and dietary issues and anything that we might be apprehensive about so that he could help us be comfortable and enjoy the experience.

We booked a boat trip which would take us to naturally heated waterfalls and hot baths with natural healing mud (see pic below of Monica and me with the first coat of white mud and the second coat of black mud we used to decorate one another – so much fun!) 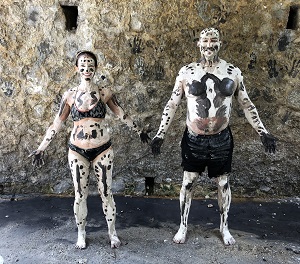 The thing is, Oliver passed us off to his son for the day. Which would have been fine except that his son has none of the qualities he had. The son was very quiet and interacted little with those of us on the trip and could not answer most of the questions the folks on the excursion asked. When things went wrong with our lunch (at his family’s restaurant), he was nowhere to be found, and he seemed very uncomfortable in his role generally. All the couples on the tour felt that Oliver’s whole business was at risk. And since Oliver did not ask any of us, at the end of the trip, for feedback, he seems to have no idea what is going on.

In family businesses, success or failure often hinges on intentionally and proactively developing the next generation. This requires effort to find out if they have interest, desire and ability — supporting/developing them if they do, and finding alternatives if they don’t.

In St. Lucia, the U.S. or anywhere in the world, family business success requires passing on knowledge and wisdom, teaching and developing the rising generation, and ensuring that next-gen family members are prepared, interested and able to take on roles.

Meno’s life was saved by the family legacy of natural remedies, and when he saw it could be lost, he took steps to protect it and pass it on. His children are actively learning and helping him document it.

Oliver Sr. was hoping for a fruitful transition to Oliver Jr. without the intentionality and effort required to pull it off. From what the three couples on the excursion could surmise, the transition was not headed for success.