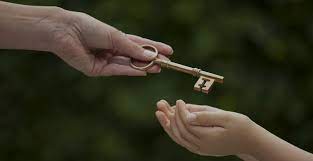 I was recently speaking to a client who received a significant amount of money from his parents upon graduation from college. He lived simply during college, starting in your average dorm and moving on to sharing an old house (without air conditioning or other upgrades) in a worn-down, high crime neighborhood with a bunch of friends. He also worked very hard earning degrees in a fine art and finance.

He always struck me as humble and kind, frequently looking at society from the perspective of what was not right or fair and how he could be part of a solution. He is aware of the advantages and benefits he has obtained simply by being born into his family and yet does not seem ashamed of what he has. Often inheritors wind up on either of the extremes – entitlement or shame. It takes a special kind of family to have their inheritors land in the middle of that continuum – a place of  pride, awareness of those less fortunate, a selfless desire to make the world a better place.

I’d like to share some of what he said to me during our conversation. It was in the context of his thinking about how receiving a significant amount of money could have negative effects on him. Please excuse the language – I left it as he said it.

“Feeling too secure is dangerous. Being too comfortable is not a good idea. I want to keep it at a distance. Being stressed about food or rent is not good for anyone either. If I have the idea that sitting on my ass in a nice house is an option – this is a bad thing. You need a little fire under your ass. Ideally, no one should worry about the essentials. That is too much pressure. But it is good to have a little insecurity, to have to make your own way to some extent.”

Upon graduation, this client decided to move into a home in another inner city. He got his own room in an old home shared with other artists all struggling to perfect their art while scraping by financially.

I’m struck by his desire to manufacture his own insecurity, to light a fire under his own ass, if you will. He decided to live in humble circumstances with several roommates when he could have made himself much more comfortable. He will pursue a very competitive area of art with lots of frustration and setbacks ahead (and low odds of significant income) when he could have jumped into the world of finance. He is aware of his safety net and how that makes his choices less risky and scary than those of his roommates, and he deserves credit for living beneath his means and challenging himself.

The seeds for this kind of character were laid long ago by the parenting styles and decisions his parents made when he was very young. Giving him responsibility and holding him accountable, having fun as a family in ways that cost little to no money to balance out and give a sense of perspective to more expensive family experiences, saying no when yes would have been easier, including him and his siblings in managing the home when parents or others could have done it for them (putting dirty dishes in dishwasher and unloading it, weeding, painting, power-washing, snow-shoveling, laundry, etc.)

I remain convinced that the best outcomes for inheritors come from basic, enlightened and common-sense parenting at the youngest ages. This client is walking proof.